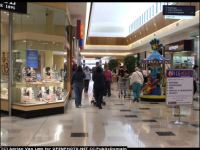 Ah, retail jobs! Most of us have \”paid our dues\” (and some of us still are) starting off with a job at the mall or other fine shopping establishment for minimum wage. Retail sales helped me pay for my ballet tuition in high school and my books in college. Grouchy customers, standing for hours, working every holiday… those were the good ole days! Surprisingly, there are a lot of things to be learned from working in a retail atmosphere and (did you doubt I would?) I\’ve compiled a list:

1) The customer isn\’t always right – Some manager will try to hammer the opposite (the customer is always right) into your head and being young you\’ll take it as gospel. However, no one is always right. In fact, a lot of people try to get away with highway robbery on your watch (often because you are young or they think your \”big, evil company\” owes them something). Your job in customer service, however, is to gently but firmly tell them they are way off base as far as the company\’s coupon policy (which, consequently is printed on the coupon) but to \”have a nice day.\” With a smile, of course.

2) Phones make people brave… in a bad way – A customer will attempt to rip your head off through the phone (much like a Looney Toons cartoon) regarding your company\’s return policy but purr like a kitten when they actually come into the store and have to see you face to face. This is a common occurrence. Just expect it to happen.

3) Creepy guys or gals will see you as a potential romantic interest – Another one of those things you should just learn to expect. It doesn\’t matter who you are or what you look like, you will become a target for unwanted advances. This is probably because you\’re a captive audience and you\’re in essence being paid to be nice to them. Sometimes I would wonder if no one is ever nice to them and that\’s why they misconstrued my desire for a sale as desire for them. While dropping hints about your MMA fighter boyfriend or extremely jealous girlfriend with claw-like acrylics may help, excusing yourself to go on \”break\” is also very effective.

4) Christmas shopping can make people unpleasant– Apparently, stores are exempt from \”peace on earth and good will to all men\” (Luke 2:14) during the month of December. Tempers run high, ethics run low. Customers will do insanely terrible things to purchase gifts for family members they only see once a year and don\’t even like. Your intelligence will be called into question (often by yourself for taking this job) and harried managers will be demanded just to have them repeat the same thing you just said about the sale price. Yes, expect these things. Do not lose hope, however. There are still decent people in this world (often the people directly in line behind the meanie) who will take pity on you and whose smiles will get you through the rest of the day.

5) You spend a lot of cash in your own store – I think employers count on this, actually. Walking by the cute pair of shoes a hundred times a day only makes you want them more so you must buy them, right? My shoe rack is case and point.

6) \”Stuff\” doesn\’t make you truly happy – True happiness isn\’t found in a store. New shoes and new clothes are fun but the happiness that material things bring has an expiration. (For new shoes this is after the first time you wear them to work and realize the heel rubs) Eventually you want more, newer, cooler things and this just creates a vicious cycle of a closet full of clothes you\’ve only worn once and an increasing credit card bill. Often, I saw this evident in the customers who shop all the time and become almost mercenary about sales and having new outfits.

7) Mall walking is good exercise – You see groups of folks early in the morning speed walking the empty corridors of the mall. Then, you realize you have been eating food court fast food everyday for three months and probably should do the same. Mall walking really is good exercise, a stress reliever and it keeps you from anything more than window shopping on your lunch break.

8) Changing sales clerks can often diffuse a tense situation – A lot of the time it seemed as though the angry customer unloaded all the unpleasantness on the first employee they encounter. Calling in a fellow employee to \”confer\” was frequently a tactic to cut down on the resolution time. Sometimes the other employee would just state the store policy differently or sometimes it was just the change of face that made all the difference. I sometimes use this tactic today and it usually works.

9) Acting and speaking confidently can help prevent the above tense situation – This actually applies to whatever you do: When you hesitate or stutter, a lot of people will pounce and use that as an opening to question your knowledge/authority and the situation unravels from there. No matter what your age or how you\’re actually feeling at that moment, projecting confidence and making eye contact can give people the hint that you know what you\’re talking about and that they should treat you with more respect.

10) Not knowing is not an excuse – In my second retail gig a fellow employee once left the entire drawer full of money in the unlocked cash register overnight. This could have been a bad situation if someone had broken into the store. Thankfully, no one did. The person who left the money there claimed he didn\’t know what to do with it. The problem here was that he didn\’t even bother to ask anyone how he should deal with the money at the end of the day. Aside from the common sense factor here, it was also his responsibility to know his job (closing the store, consequently, was covered in the mandatory new-hire training). It pays to look at every job you take on as your duty to know as much about it as possible. And if you don\’t know something, find someone who does.

I write stuff and pretend to be good at crafting. Check out my first novel on Amazon: https://amzn.to/3nAxiZ4 View more posts